Play this fun and exciting variation of the Spoons card game to introduce a lesson about Joseph. The goal is to be the first to collect 4 of the same Single-colored Coat cards. And as soon as any player succeeds in doing this, don’t be the last to grab a Multi-colored Coat card from the center of the table! 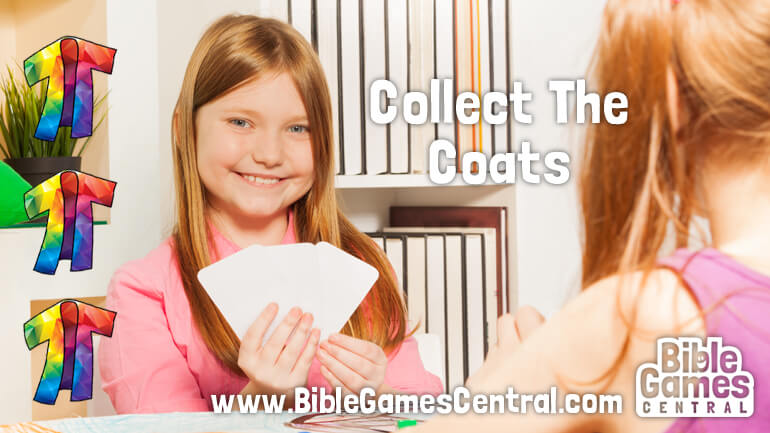 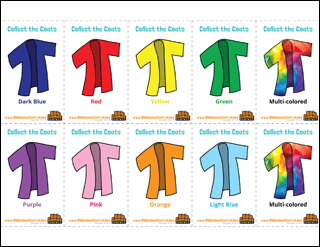 Make sure you have the correct number of cards as explained above.
Place the Multi-colored Coat cards in the center within reach of everyone.
Shuffle the Single-colored Coat cards and distribute them, facing down. Each player should receive 4 cards.

On “go”, everyone looks at the 4 cards in their hands and discards 1 card. Each player should simultaneously place this discarded card on their left side and quickly pick up the card discarded by the person on their right. At any one time, everyone must have 4 cards.
This is repeated until someone has 4 cards of the same color. The first player who succeeds in collecting 4 cards of the same color must now pick up one Multi-colored Coat card from the center.

The last person will not have a Multi-colored Coat card.

You can end the game anytime or as soon as any one player accumulates 100 points.

Discuss
1. Did you enjoy this game? Why or why not?
2. Which goal was easier to achieve? Collecting 4 cards of the same color, or grabbing a Multi-colored Coat card?
3. Does this game remind you of any story in the Bible?

Say
Today, we will read about a famous character in the Bible who was given a very special coat by his father.

Say
Joseph’s father gave him a special coat because he was his favorite son. Joseph’s brothers did not like him and were unkind to him.

Discuss
7. What did Joseph’s brothers do to Joseph?
8. Why do you think they did that?
9. If you were Joseph, how would you feel about your brothers?

Say
Joseph’s brothers sold him as a slave, then lied to their father that a wild animal had killed Joseph.
Joseph was taken to Egypt as a slave, but the Bible tells us that God was with him and gave him success in everything he did. After many, many years, Joseph became the second most important person in Egypt.

Discuss
10. If you were Joseph, what would you do to your brothers when you see them again after you have become a very, very powerful person?

Discuss
11. Are you surprised by what you just read? Why or why not?
12. How do you think Joseph’s brothers felt at that time?
13. How did Joseph feel about his brothers?
14. Why did Joseph feel the way he did? According to Joseph, why was he sold as a slave to Egypt?

Say
Even though Joseph’s brothers did something very terrible to him, he did not hold a grudge against them.
He understood that, even though he suffered a great deal as a slave, God had sent him to Egypt to save many people’s lives, including Joseph’s family. There was great famine in the land for 7 years, but because of Joseph, the Egyptians had stored up enough food and were prepared for the famine.

Discuss
15. Has anyone ever said or done mean things to/about you? Tell us more.
16. What do you think God wants you to do when things like that happen?

Conclude
When people are mean to us, we do not have to suffer in silence. It is important that we talk to God about it. And especially for young children and youths, it is important that we also talk to people who can help us, like our parents, school or Sunday school teachers, counsellors or other adults.
We can learn from Joseph that even though bad things sometimes happen to us, we can continue to trust God. We can forgive others because God is in control of everything that happen in our lives. 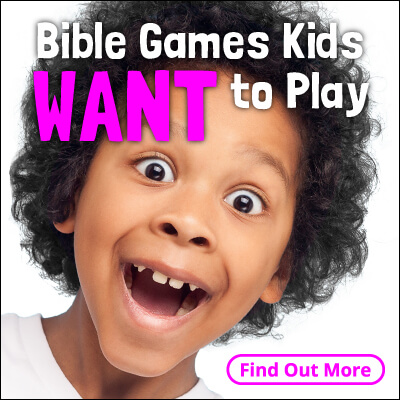 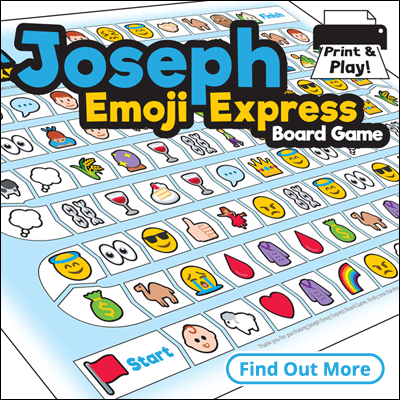 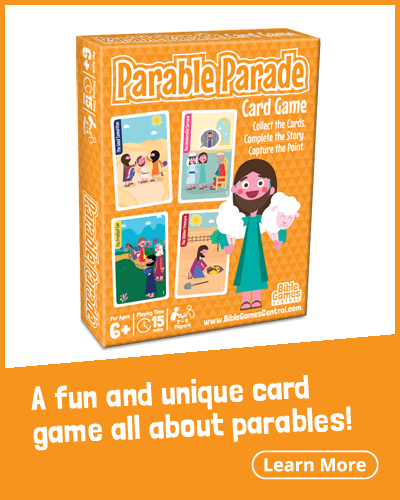 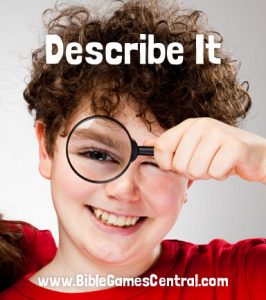 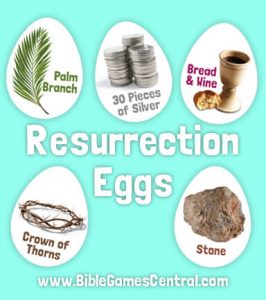 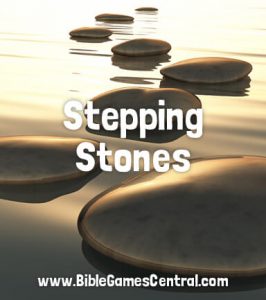 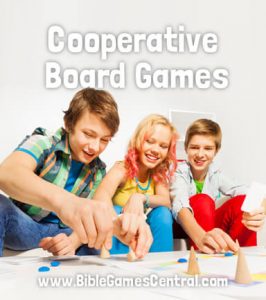